Advance tickets available at the bar or www.campfirecomedy.ca

Headliner: Mark Menei (CBC, CTV)
Bio: Mark was named 'Best Comedian' in the Walleye magazine and has been featured on CBC and CTV. Mark is a high energy comedian and actor who integrates the crowd into all of his performances so expect the unexpected every time he hits the stage. Mark has performed in theatres, banquet halls, bars and backyards all over the country and is quickly making a name for himself in the Canadian comedy industry. 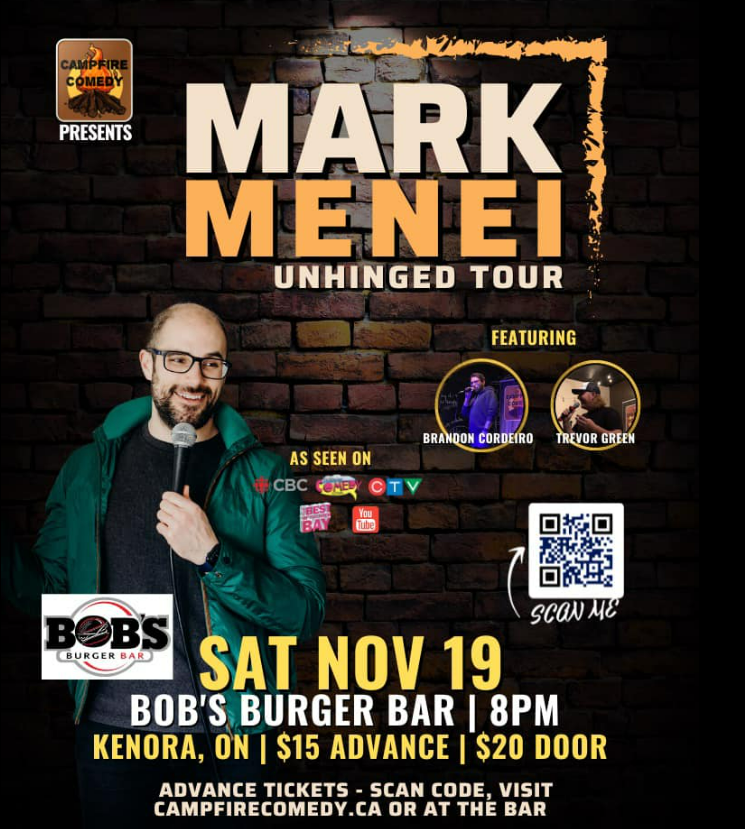 Subscribe to Page Updates
Close Old Browser Notification
Browser Compatibility Notification
It appears you are trying to access this site using an outdated browser. As a result, parts of the site may not function properly for you. We recommend updating your browser to its most recent version at your earliest convenience.